ENFR
A General View of SCOBYs : A scoby is a Symbiotic Culture Of Bacteria and Yeasts. Please have a look at the images of the French more complete and recent pages of Scoby.ch to have a better understanding, you can just click an image below : 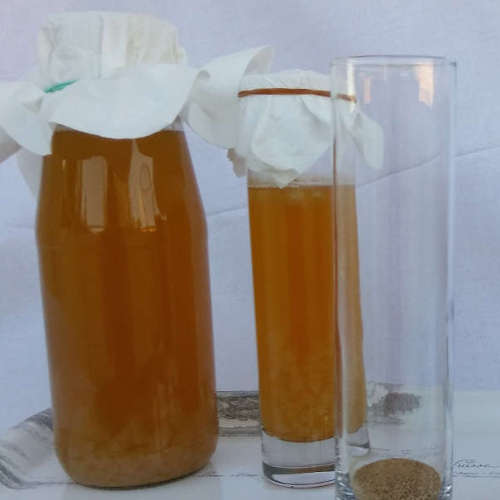 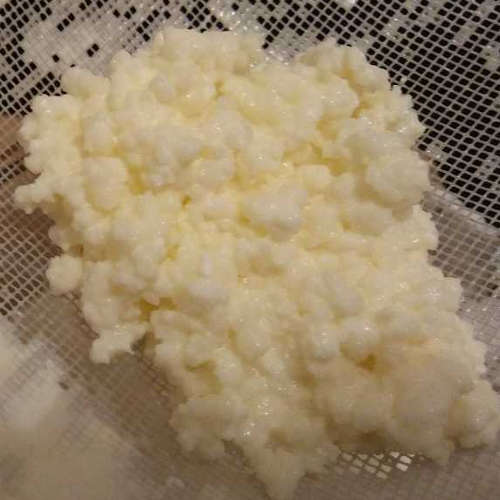 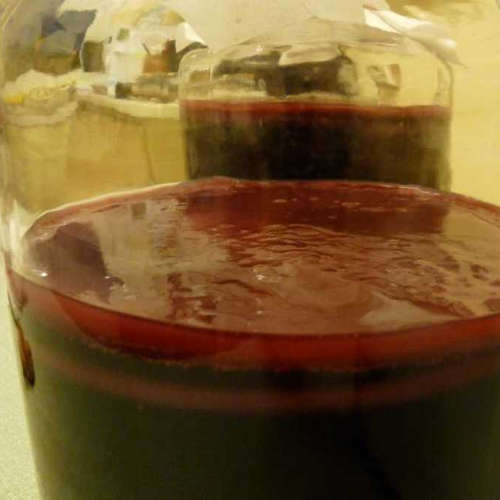 This definition encompass any visible macro structure where different micro-organisms (literally at least one kind of bacteria and one kind of yeast) species collaborate for better chances of survival. We are only interested with the one we eat and/or use either directly or their production inside a very simple environment, mainly a standard kitchen. 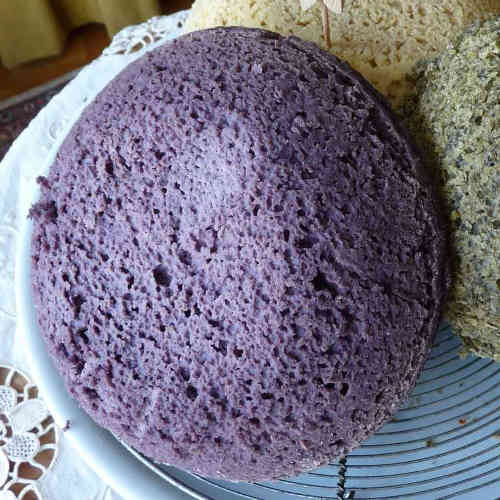 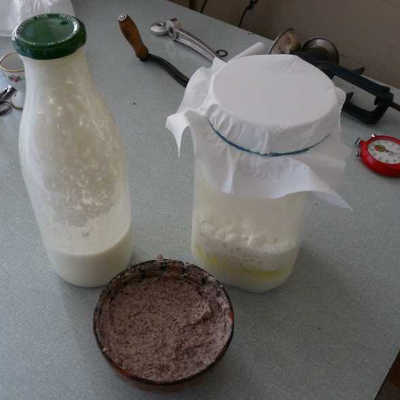 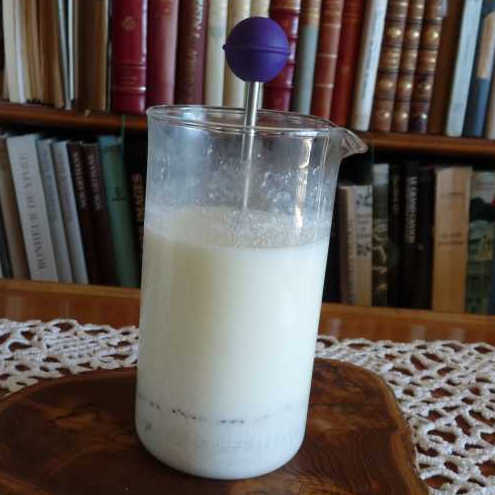 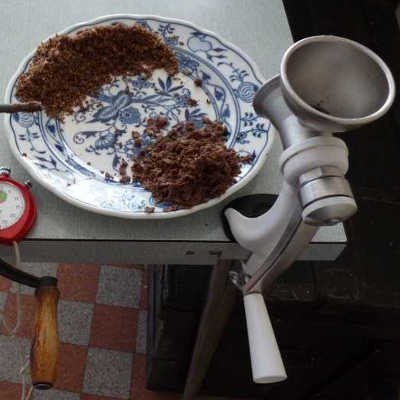 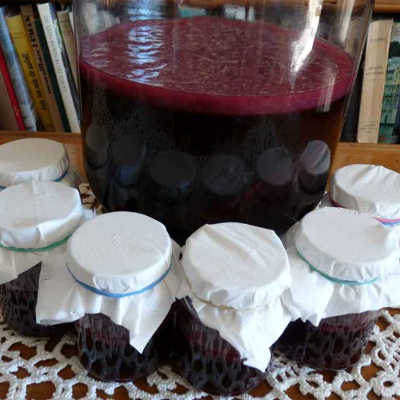 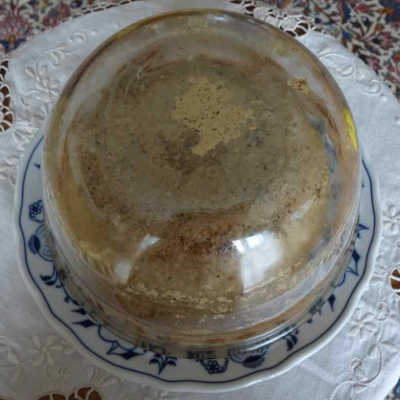 Scoby (*) striving in milk, tea, fruit juice and many other food have common characteristics and handling similarities we discuss here : Summary of last posts:

(*) Technically to be labeled as a scoby you need at least one bacteria strain in synergy with one yeast strain, a single strain of bacteria or yeast building a macro-structure would be a SCOB or a SCOY, but in practice they are just films of bacteria or colony of yeast of the same species like the one we find on the surface of some moldy cheese, they may be tasty, but they are not so interesting in term of what we can use them for compared to a standard heterogeneous scoby encompassing about 20 different collaborative strains, they tend to be more resilient counting on each other strength and this diversity also allow us to select the one we need if we want, for example eating a batch production (not the scoby itself) at around 45-50 Celsius degree will select the thermophilous strains if they are present and it will produce a very different batch in the following fermentations.

Scobys are fascinating from in jar observations to our own digestion, they integrate their production into our digestive flora with most of the time positive effects, will discuss that under "Probiotics or Non-probiotic", but we definitely don't want to eat only scoby production (a too narrow segment) of available food. On the other hand we could probably eat only raw fermented food because almost anything can be fermented, but again we'll miss a lot, and it's not only taste based, for example sprouting increases the availability of seeds minerals while synthesizing vitamins, cooking or juicing increase the availability of some compounds like beta-Carotene or lycopene etc. In an another category many fruits, nuts, vegetables can be eaten with none or almost none preparation, bringing along an incredible number of useful nutriments. Also many foods are complementary to probiotics because of their prebiotic effects, for example onions and Jerusalem artichoke are rich in inulin that help some interesting micro-organisms to strive, the principle being that we can't digest it at all or too fast so they get enough, in practice it's a bit more subtle, sometimes negative effects happen, for example with excessive flatulences.

Practically fermented foods have been a staple diet for humans from the start of serious food reserves, so it could be back to the capabilities of building jars something like 20'000 years ago, or may be even much older with the use of natural recipients like hollow rocks? So something is clear as soon as food was stored for more than one or two days in medium temperature conservation through fermentation was the best option, which means to force good micro organisms in, so pathogenic germs don't have the conditions to develop. What sort of major differences do we have now in our modern society? We almost do not rely anymore at all on fermentation for conservation (*2) , even naturally resilient preparations like vinegar or wine have most of the time sulfite added into them.

The consequence of this trend toward sanitization of food is that in many cases we not only don't ingest enough favorable micro-organisms, but we also ingest many conservators scientifically optimized to kill them. In these conditions, the probability to have a balanced digestive flora weakens the more we eat processed chemically stabilized long shelf-life food. So an advantage of having a home reserve of thriving friendly micro-organisms is to get closer to the old traditional micro-living food! And if careful enough (*1) without the higher historical risks of food poisoning.

(*1) It's quite easy, but need to be carefully dealt with in some cases, for example when involving continuous fermentation.

(*2) Exception to this trend are yogurts and cheeses. Yogurts and young fresh cheeses may have a classical probiotic content depending on the starter (*3). Old cheeses by the way most of the time excellent, have a more complex fermentation based on weeks of transformations, pushing the PH up toward alkaline biological process where micro organisms like bacteria and yeasts have finished most of the lactose and start to use available acids to multiply and in the process develop different aromas.

(*3) Starters for yogurts tend to focus on one or two sorts of bacteria while starters for cheeses have a larger micro-organisms population if they are using traditional method with rennet, modern rennet method production is harder on micro-organisms (deep freezing, multi stage filtration etc.) but they would also come directly from the milk or be added separately. Note : Many modern cheeses are made with preselected cultures, consisting of only a few types of microbe, but many traditional cheeses ... can be made with dozens of types of microbe. Interestingly it looks difficult to get information about the bacterial content of traditional rennet, it's a bit like if we'll rather talk about enzymes than bacteria. Anyway, this is a good spot to specify that some perfectly good cheese can be made with a milk kefir starter, the curling coming mainly from the lactic acid kefir production and the maturation from some micro organisms in kefir that deal well with lack of lactose and lactic acid metabolization.